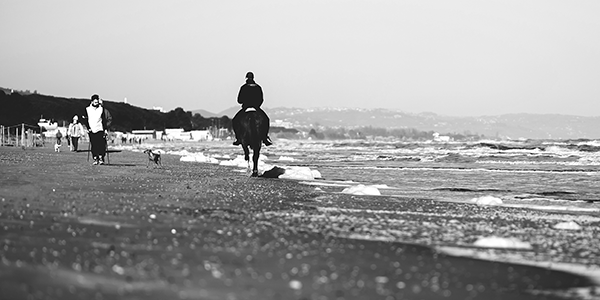 The Chincoteague pony is a breed of feral horse that lives on Assateague Island in both Virginia and Maryland. It is not common for a horse breed to be called a “pony”. The Chincoteague pony gets this name due to their smaller stature which is created by the poor habitat on Assateague Island. Island Chincoteague ponies live on a diet of salt marsh plants and brush, a poor nutritional diet that gives the breed their small size. Here’s some more on the history of this unique horse breed. Also, if you are looking for a horse property for sale in Colorado, contact Colorado Horse Property today and speak with one of our horse-person realtors.

History of The Chincoteague Pony

Some say this breed descended from survivors of wrecked Spanish galleons off the Virginia coast. However that is unlikely. Experts say the breed came from stock released on the island by 17th-century colonists. This was a popular thing at the time for those looking to escape livestock laws and taxes on the mainland. A volunteer fire company held the first official “Pony Penning Day” in 1924. The volunteers auctioned off Chincoteague ponies as a way to raise money for fire equipment. The annual event has continued in the same fashion almost uninterrupted to the present day.

Today, the federal government owns the entire Island. A fence on the Maryland/Virginia state line separates two herds of the ponies. Therefore, around 150 ponies live on the Virginia side of the fence and 80 live on the Maryland side. Also, the herds live on land managed by two different federal agencies with very different management strategies. Just like many other horse breeds, these ponies come in several different colors and patterns. They can be any solid color, and are often found in pinto patterns.