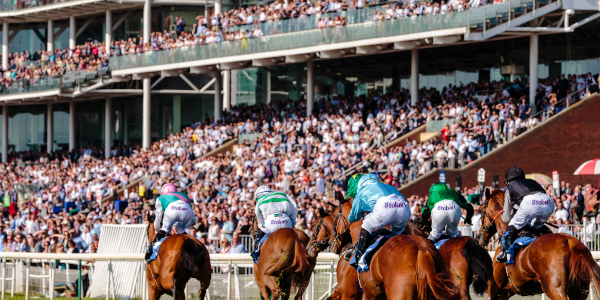 Horse racing has a long and distinguished history and has been practiced in civilizations across the world since ancient times. Archaeological records indicate that horse racing occurred in Ancient Greece, Ancient Rome, Babylon, Syria, and Egypt. This sport has been around for a long time and though many tracks have closed since their heyday the industry is stronger than ever. In fact, the sport is worth around $100 billion dollars. Also, the horse racing industry employs around 1.5 million people. There are approximately 10 million horses in the US that contribute to the racing industry. Despite this, betting on horses is legal in 22 states. Another fun fact is that 60% of horse betting is now done on mobile phones. If you are looking to buy a horse property in Colorado, contact Colorado Horse Property today and speak to one of our horse-person realtors.

Colorado was once home to many horse racing facilities, like Centennial Park and Memorial Park. Today the Arapahoe Park racing track is the premiere Colorado horse racing track. Arapahoe Park is a horse-racing track in Arapahoe County, Colorado on the outskirts of Aurora, owned and operated by Twin River Worldwide Holdings. Located at 26000 East Quincy Avenue, Arapahoe Park hosts Thoroughbred, Quarter Horse, Paint Horse and Arabian horse racing. Check out our posts on popular horse breeds for more information about these types of horses.

The racing season generally begins in mid-May and continues through the late spring into the summer, wrapping up in mid-August. The track is home to the Mile High Futurity and the Mile High Derby, both quarter horse stakes races with final purses of over $100,000. For Thoroughbreds, the meet’s marque race is the Gold Rush Futurity, a 2 year old stakes race going six furlongs for $100,000 in purse monies. Arapahoe Park also hosts four graded stakes races, all for Arabian horses. For more information, check out the Arapahoe Park website. 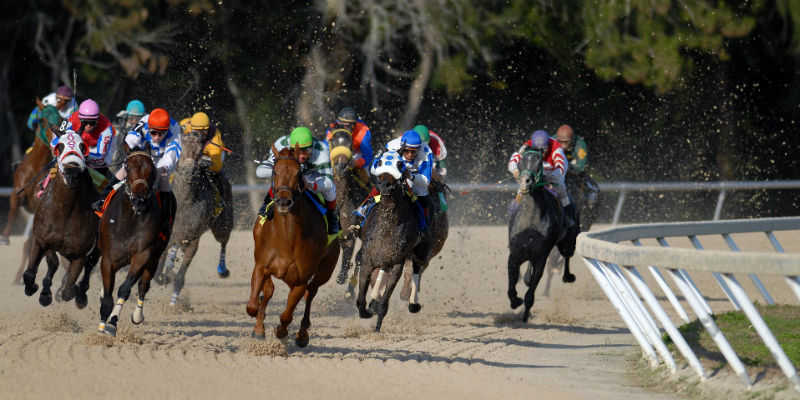 The Colorado Horse Park is the largest horse park in the western United States. It typically features more than 40 events per year. It also has 11 competition arenas, 100 boarding stalls, an RV park, and two covered arenas. The arena has 300 permanent stalls and portable stalls for more than 1,000 competing horses.

The Colorado Horse Park was rumored to be sold and developed into a subdivision, but news of a new ownership put these concerns to rest. Mark Bellissimo, owner of a large equestrian festival in Florida, bought the park in December 2014. Helen Krieble, who bought the park in 1993, neared retirement that September and put the park up for sale.

The new partnership that now owns the park, Colorado Equestrian Partners, includes Mark and Katherine Bellissimo and other partners within the Palm Beach International Equestrian Center.

The Colorado Equestrian Partners purchased the park with plans to invest in improvements. These improvement included stabling and footing and key factors that energize the equestrian community. The partners planned to develop philanthropic initiatives along with outreach programs that work with local schools to raise awareness about opportunities in horse sports. And over the years since this new ownership they have done just that!

Today The Colorado Horse Park hosts a number of events. In this month alone it has hosted its second High Prairie Dressage event of the year, a cross county schooling on schooling course, the Marilyn Payne eventing clinic, and the Horsemanship Goodnight event. It also hosted an event during the month of June called Summer in the Rockies. The Summer in the Rockies event is a horse show competition in which riders can compete and win prizes. The event began on June the sixth and will end on July the eighteenth. For more information about The Colorado Horse Park, contact Colorado Horse Property. 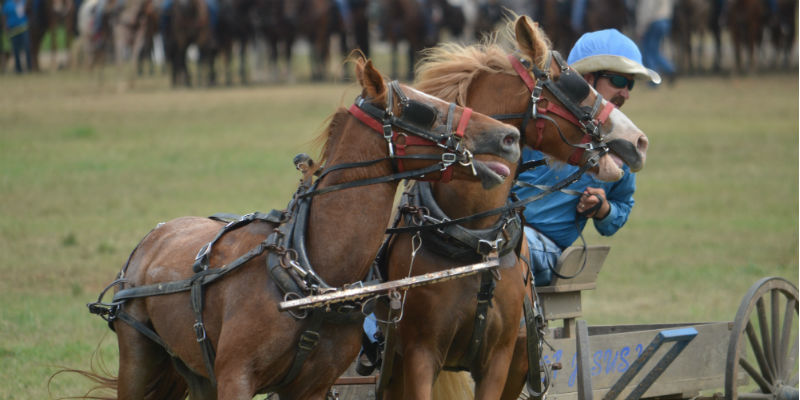 The Colorado Horse Council, an organization that operates out of Brighton Colorado, is the founder of the famed Heritage Ride. The Heritage Ride is a large event for horse owners and enthusiasts. It focuses on making people aware of the efforts of the equine industry in Colorado.

The Heritage Ride focuses on education of those in and out of the equine community. It is also a fundraiser to support the work that the Colorado Horse Council does to protect horses. This year marks the sixth annual Heritage Ride event and will be showcased in a couple locations along the Front Range. Also, the ride is approximately 2 hours long, depending on location.

What is the Colorado Horse Council? This organization is a grass-roots, all-breed, non-discipline specific organization. In fact, they link horse owners and the Colorado horse industry into a common voice. This protects their common equine interests through legislation and education. It also employs a full-time contract lobbyist, who works with the State Legislature on horse and agriculture-related issues.”

This event is a day-long equine adventure, where there will be educational opportunities for you to learn about trail riding, equine safety and more. Attendees may also have the opportunity to ride with guest clinicians from the Rocky Mountain Horse Expo, another popular event that the Colorado Horse Council hosts every year. Also, if you are looking for a horse property for sale in Colorado, contact Colorado Horse Property today and speak with one of our horse-person realtors. 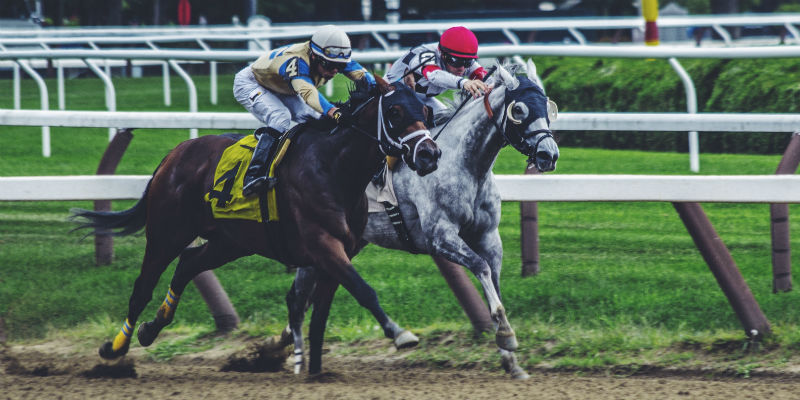 Denver horse properties are what many people are looking into these days. Have you been looking for an equestrian property for sale? Ready to settle down or are planning on retiring soon? Denver has a lot to offer horse owners. Owning a dude ranch near Denver can give you the best of both worlds. You have the benefit of being near the city with all the venues it has to offer. But then you also have a nice, stress-free place to go home to. Looking for a Denver horse property is now easier than ever with coloradohorseproperty.com, which has over 3,500 properties listed in Colorado.

So, you’re looking for an equestrian property for sale. One of the reasons why you are going to want to start your search in Denver is because of the Colorado Horse Council. Located in the Denver metropolitan area, the Colorado Horse Council is a grass roots organization that connects horse owners to the horse industry in Colorado. The Council boasts an annual expo, the Rocky Mountain Horse Expo. If you missed the expo this year (March 7—March 11), then don’t worry. The Council holds many events throughout the year. Their next event is in June, The Heritage Ride.