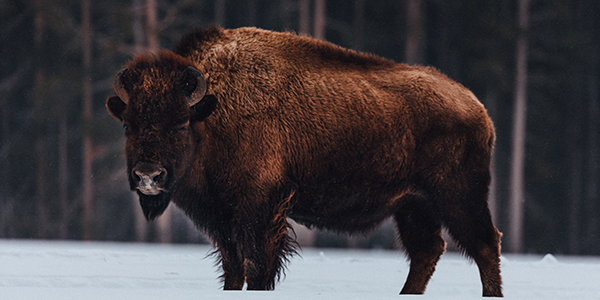 Colorado was the home of many cowboys and is the birthplace of a ton of western heritage. For example, have you ever heard of Buffalo Bill? Unless you’ve done your homework, you probably don’t know much about him. Continue reading for everything you need to know about this legendary cowboy. Did you know that you can tour Colorado as a Cowboy? Also, if you are looking for a horse property for sale in Colorado, contact Colorado Horse Property today and speak with one of our horse-person realtors.

Who was Buffalo Bill?

William Frederick Cody, nicknamed Buffalo Bill, lived from 1846 to 1917 in the American West. He was an American soldier, bison hunter, and wildly popular showman. He was actually born in Le Claire, Iowa, but he lived for several years in his father’s hometown in modern-day Mississauga in Canada. The Cody family returned to the Midwest and settled in Kansas. Buffalo Bill started working at the age of eleven, after his father’s death, and became a rider for the Pony Express at age 15.

Buffalo Bill was also an American patriot. During the American Civil War, he served the Union from 1863 to 1865. Also, he served as a civilian scout for the US Army during the Indian Wars. Bill even received the Medal of Honor in 1872. One of the most famous and well-known figures of the American Old West, Buffalo Bill’s legend began to spread when he was only 23! Shortly thereafter he started performing in western shows depicting the frontier and Indian Wars. He founded Buffalo Bill’s Wild West in 1883, taking his large company on tours in the United States. His career brought him all over the states, including Colorado. 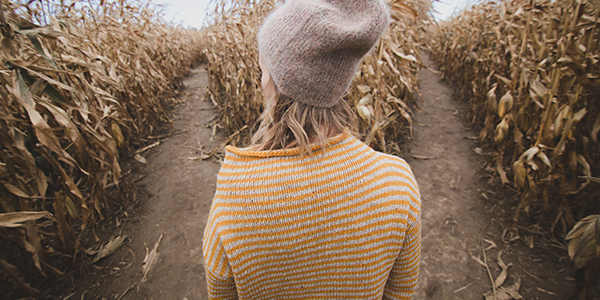 Corn mazes have become wildly popular tourist attractions in Colorado. They are a way for farmers to generate tourist income. Tourism is a big commodity in Colorado. Visitors to Colorado spent $24.2 billion in 2019. Also, the state welcomed 86.9 million visitors in 2019. This is great for Coloradans because it supports more than 180,000 jobs. Continue reading for some of the top corn mazes in Colorado. Also, if you are looking for a horse property for sale in Colorado, contact Colorado Horse Property today and speak with one of our horse-person realtors.

One of the most popular corn mazes in Colorado is at The Botanic Gardens. This 7-acre corn maze is very family friendly. If you get stranded or separated from your group have no fear. This maze has two 15-foot tall illuminated bridges, making finding your party a breeze. For kids 10 and under, there is a separate, smaller maze. The 2021 corn maze is a space-themed maze with hidden objects for visitors to discover. The Botanic Gardens corn maze is open Fridays, Saturdays, and Sundays in Littleton.

There’s also the Cottonwood Farms in Lafayette. Cottonwood Farms is a family-owned farm that sells pumpkins, produce, and organic winter squash. At this location you’ll be able to ick your own pumpkins and see farm animals. Aside from their corn maze they will also have a straw bale maze. This 4-acre corn maze is cut by hand and not by tractors every year. The straw bale maze is great for children, where their parents can watch them play without being afraid they’ll get lost. Admission will be completely free for kids 5 and under and the elderly 65 and over. This maze is already active and will be until October 31st. 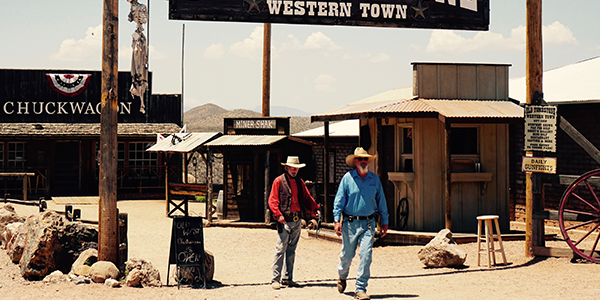 The culture of the old American West has many people from Colorado wanting to immerse themselves in the past. If you aspire to be a Colorado Cowboy, Colorado Springs has a long list of unique events and fun attractions themed around western heritage. Here are a few things you can do for your cowboy-inspired trip in the Colorado Springs area. Also, if you are looking for a horse property for sale in Colorado, contact Colorado Horse Property today and speak with one of our horse-person realtors.

Start your Colorado Cowboy adventure with breakfast at The Cliff House at Pikes Peak. The Cliff House is the second oldest operating hotel in Colorado, where famed Buffalo Bill Cody once stayed. Buffalo Bill Cody was an American soldier, bison hunter, and showman. Then you should visit the Pro Rodeo Hall of Fame & Museum of the American Cowboy. This venue has tributes to cowboys who triumphed in the sport of rodeo. The museum often has live rodeo animals and special exhibits fun for the entire family.

What better way to experience Colorado as a Cowboy than via horseback? Plan your next stop with the Academy Riding Stables. Academy has a wonderful tour through Garden of the Gods Park on horseback. They have great trainers that can work with any rider with any skill level. The best way to end your adventure is with dinner in Old Colorado City. Colorado City was the first capitol of the Colorado Territory in 1861. This venue has refurbished architecture, unique boutiques and dining that are sure to bring you back to the era.